Change the Way You Think About Music Production

19 chapters filled with practical techniques for sound design, music production, mixing and more. Quickly gain new perspectives that will increase your inspiration and spark your creativity. Use the 95 additional tips to add new sparkle, polish and professionalism to your mixing and music production.

Shipping included in the price.

This book will open your eyes!
Joey Sturgis, record producer

You’ve got to check out this book!
iZotope

This opened my eyes more than once! Absolute must-read.
Chris Leon, Your Music Radio

He has a way of presenting things that makes you want to immediately open your DAW and start experimenting.
Dan Comerchero, theproaudiofiles.com

Thanks for dropping knowledge bombs. Many tips are things I don’t think I ever would have otherwise come across.
Austin Bernard

Your production tips are awesome. I would’ve never thought of half this stuff.
Mason Armstrong

U prob get this all the time but the amount my production has improved after following you is amazing!
@Koza_DJ

[He] gives us tips and tricks that I’ve never heard before. We thank you for your wisdom. Don’t ever stop!!
Chadwick Cadet

Effectively bridge the gap between the tools you use and the ideas in your head to create the best music of your life.

Level up your productions and arrangements by learning the tricks that make them really effective and professional.

Save money on session musicians by learning how to create more realistic productions with virtual instruments.

Use effective skills to deal professionally with people, get more returning clients and a more professional reputation.

Create different kinds of ambience in your mix by controlling the space behind elements, bending frequencies and manipulating the stereo field.

Use music theory tips that will help you become a better, more creative producer and composer.

Use 5 different ways to ”glue” a mix together to make it sound more ”like a record”.

Make better use of contrast in composition and mixing to make the song really connect with the listener.

Take your sound design to the next level to create unique sounds in your productions that will make them a lot more ear-catching and memorable.

Does the information in this book apply to any specific genre?

Overall, the techniques are not genre-specific; although some might fit certain types of music better. The idea is to experiment and break new creative ground.

Is this book for me if I'm a complete novice in music production?

The philosophies and techniques presented in this book can by used regardless of the level of experience you’re currently at. However, knowing the basics of how a compressor or equalizer work before reading the book is a good idea.

Does the information in this book apply to any specific DAW?

All the techniques can be performed in any DAW.

Cristofer has written numerous articles for The Pro Audio Files as well as the Swedish printed magazine Musician’s Magazine. If you have any questions, feel free to contact us. 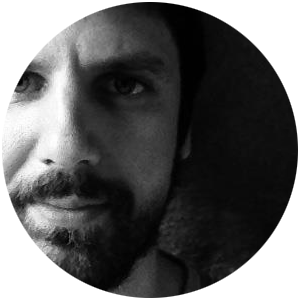